Minecraft is one of the most popular games among the speedrunning community. It has tons of fun challenges that speedrunners love, not to mention the vast variety of maps to hold a variety of speed runs.

There are TONS of seeds in Minecraft, but among the speedrunning community, the following Minecraft speedrun seeds are considered the best for that purpose:

This seed is designed for speedrunners who play the Bedrock Edition of Minecraft. If you have that version on your device, then this particular seed is a really good one to start your speedrunning career and even hone your speedrunning skills.

There are a few good reasons why it’s one of the most favorite picks among speedrunners who play the Bedrock Edition of the game. For one, you will spawn close to a desert temple as well as an abandoned village teeming with loots.

These loots will be very useful during the first few minutes of the game. What’s even better is that just a short distance from your spawn area, you’ll eventually come across a desert village which contains even more loots and resources to help you.

Not far from the second village will be the Mesa biome which contains yet another abandoned village. All these and more are reasons why this seed in particular is considered a speedrunner’s heaven.

This seed is called the World Record seed for one very simple reason: it’s used by a lot of speedrunners to get 1% world speedrun records. How are speedrunners able to achieve this, you ask?

Well, as soon as you spawn, you’ll find yourself in very close proximity to a village that contains not just one or two, but THREE, blacksmiths who will give you loots including armor pieces, obsidian, a golden apple, food, and even iron ingots which you can use to craft a full iron armor set as well as an iron sword!

This very generous seed is the reason why speedrunners are able to set world-record speedrun speeds as they can go straight to fight the Ender Dragon. Once you’re able to make enough preparations, you can head to the village well and start digging straight down until you’ll arrive at the center of the stronghold.

This stronghold will contain the End Portal which you can use to enter The End where the Ender Dragon is located. Of course, you’ll need an Eye of Ender to even activate the portal, but as long as you know how to do that as very quickly as possible, then you should be able to fight the Ender Dragon just several minutes after spawning.

A relatively new speedrun seed that’s discovered in the 1.18 version of the game, the 7-minute speedrun seed is simply as its name implies a speedrun you can finish in just 7 minutes!

Showcased by YouTuber Kobra, this particular seed will spawn you close to a village in the Taiga biome. Not only that, but you’ll also be really close to a stronghold. You can find tons of loots in the nearby village which you’ll need to head over to the Nether as quickly as possible.

As soon as you enter the Nether, you’ll be able to find a bastion remnant as well as an adjacent fortress from where you can find blaze rods and some eyes of Ender pretty quickly. What’s notable about this speedrun seed is that it’s possible to finish the game within the aforementioned duration without using any glitches at all!

It’s no secret that desert temples and villages are some of the sought-after areas throughout the game for their loots and resources. Even for a non-speedrunner, discovering them close to each other is already a rewarding experience.

For speedrunners, however, this particular seed is a godsend. Upon spawning, you’ll find yourself close to a village that contains tons of useful resources hidden inside a chest. Specifically, you’ll find bread, six obsidians, and three diamonds. These loots alone will grant you a major boost in your speedrunning adventure.

Yet another newly discovered speedrun seed, just the name alone will give you an idea as to why it’s favored by a good number of speedrunners. The Six Villages seed will spawn you just 600 blocks within all six different villages.

All of these villages have their own set of loots you can obtain, and some even have ironsmiths while the others have lots of good. What’s even better is that if you dig straight below, you’ll come across a stronghold just within the spawn area.

There’s also a ruined portal not far from the spawn point, so you can gather all of the resources you’ll need to get to The End as quickly as possible.

This speedrun seed is unique in the sense that it offers a ton of possibilities for all players. Not only is it good for speedrunning, but the area and buildings as a whole also make for a really fun traditional survival game.

Upon spawn, you’ll find a nearby village, a witch hunt, as well as a woodland mansion where you can find a good amount of loots. Apart from that, there’s also a lava pool not far away from where you spawned. This is perfect if you want to create a Nether portal as early as possible, and since the village itself has plenty of resources to offer, such an activity won’t take too long either.

Which Minecraft Speedrun Seed Do You Like to Try?

These are among the best Minecraft speedrun seeds you could try. Not only are they beginner-friendly, but they’re also perfect for honing your skills in an attempt to beat the world records set by other speedrunners. You can try out all of these seeds to see for yourself which among them fits your style since each seed caters to different skill levels and playstyle. Just remember to be patient. After all, speedrunning will test your patience from time to time. You don’t want to fall behind just because you’ve lost your cool after a single minor mistake. 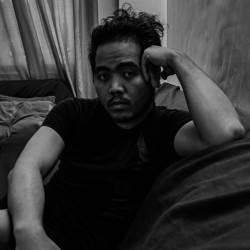