Our detailed guide on Mobile Legends Tier List for 2022 is finally completed. The famous multiplayer online battle arena game is available for Android and IOS platforms.

Mobile Legends is developed by Moonton and is very popular among the mobile gaming community because of its real-time strategic gameplay and never-ending adventures. The game offers role playing according to your personal preferences, and for that reason, it has introduced numerous heroes to the game to add versatility.

Each hero in Mobile Legends has different traits and plays distinctive roles in battles. It is important to get to know about their nature and capabilities in order to outperform your opponents and win every battle.

For that purpose, we present you the most reliable Mobile Legends Tier list in which we rank each important character of the game by observing their performance and placing them in a specific tier according to their powers.

Keep reading till the end to learn about the strongest and best characters in Mobile Legends, which will help you in building an invincible team.

As Mobile Legends has numerous characters with varying roles, they are classified into different groups to choose from.

In order to make an optimal team, it is recommended to choose a character from each category so that they complement each other in the battles.

The game offers five different heroes categories which are Tank, Fighter, Assassin, Mage, Marksman, and Support.  We have created a tier list of each category so that you can choose the best heroes from them.

Tier-S+: The S plus tier has the godly heroes with the most powers. These characters are buffed with exceptional abilities and are the most reliable troops. Having S+ tier characters in the team will surely make it invincible if used properly.

Tier-A: The A-tier characters have decent powers with adequate abilities. These heroes can also be a great assist if you use them properly. Integrating them with upper-tier characters makes them more powerful and a reliable asset.

Tier-B: The B Tier characters are average heroes of the game with adequate capabilities. These characters are usually used in early to mid-game fights, but it is not recommended to rely solely on them in advanced and competitive battles as the results might not come in your favor. If you are really good at Mobile Legends, you can go for these heroes as they are relatively easy to get. If you are a beginner, it is recommended to choose stronger characters as they are relatively easy to play with.

Tier-C: The C-tier characters are the weakest heroes in the game, with minimal powers. These heroes are not worth investing in as they are not very efficient in the meta. Although these characters are cheap and easy to achieve they cannot perform well in competitive battles and will give your opponent an edge to beat you easily with stronger heroes.

Tanks are one of the most important characters in a team that is placed on the front line. They have high HP with strong defensive capabilities.

Good tanks can impressively guard the frontlines by absorbing heavy hits from the opponents and initiating counterattacks.

The addition of a tank makes a great asset to the team as they are the bulky, durable units that assist the weaker allies and slow down the enemies. Below is the tier list of Tanks in Mobile Legends ranked according to their capabilities.

Who is the Best Tank in Mobile Legends?

The selection of tank is dependent on the type of situation you are facing, but if we see overall, we can declare Tigreal as the best Tank in the Meta.

His abilities are pretty reliable as he dominates opponents with his charge attacks.

Tigreal’s second is also impressive as it enables him to deal a massive blow to the enemies and push them away along a straight path. He also has a unique ultimate ability that pulls enemies towards himself and stuns them for a time period which makes them vulnerable to heavy attacks.

Assassins play a primal role in supporting the team and catching the enemies off guard with their swift moves. Assassins are specialized units that sneak on opponents and can be used to take out their Marksman and support Mage at the rear as they can move quickly without grabbing much attention.

Although Assassins cannot perform very well on their own due to relatively low HP, when integrated with the right heroes, they can unleash their true powers. They can burst their rivals down and fade back into the shadows. Here is the tier list of all important Assassins in Mobile Legends ranked according to their capabilities.

Who is the best Assassin in Mobile Legends?

All the S+ tier Assassins can perform pretty well in the battles, but Aamon is an all-time favorite Assassin in Mobile Legends. His high Mobility, High Damage, and Lower Cooldown timer make him a great soldier.

Aamon’s main perk is his camouflaging power which makes him go invisible for the time being. While using his ability, Aamon will not take any damage from the opponents and restore his HP.

Aamon’s kit makes him perform impressively against enemies with fast attacks as well as escape from them when things go south. His second ability allows him to lock on to a single target and deal massive damage.

Fighters are side lane heroes that come somewhere between Tanks and Assassins. Choosing a strong fighter is crucial while going into competitive battles as they are the attackers and are placed in the front line to engage in attacks on opponents.

Fighters play a significant role in offensive strategies, so they must have the ability to deal serious damage and a resisting defense. They are most efficient in close to mid-ranged combats as they are mostly equipped with melee weapons that deal serious injury and can even take down opponents in one hit with their special moves. Here is the tier list of all the first fighters in Mobile Legends ranked according to their capabilities.

Who is the best fighter in Mobile Legends?

If we talk about the best-close ranged Fighter, then it can be no one other than Khaleed who strikes the enemies with his fierce blade that deals massive area damage to all the enemies around it.

When the enemies are in range, he can use his special Desert Tornado ability to take out his opponents with 20% increased damage along with each successful hit.

His Passive Ability enables him to ride a sand skateboard which increases his movement speed by 30% and enhances basic damage as well.

Mages are masters of spells that do range damage to enemies and are usually placed in mid-lane for best support tactics. They possess high burst damage abilities and different spell perks, which makes them a great asset.

Mages are not so mobile and swift as other soldiers. They like to withstand one position and unleash their power to assist their allies. When used properly, mages can become a serious issue for the opponents, which can give them a hard time fighting your team.

Here is the tier list of all the useful Mages in Mobile Legends ranked according to their capabilities.

Who is the best Mage in Mobile Legends?

Kagura is a worth mentioning mage that has expertise in dealing burst damage with high attacking combos.

Her abilities allow her to deal massive blows without taking any damage. She can use her Umbrella to protect herself and deal damage to her enemies with it. Her second skill enables her to use her umbrella for teleporting and stunning nearby enemies.

Marksmen are resilient heroes that deal great damage from a distance. They are ranged characters that are usually placed in the mid or rare lineup due to their ranged abilities. They can support their team by dealing damage to the enemies without getting into close proximity.

Marksman is quite efficient in failing an opponent’s charge by distracting their front lineups. Here is the tier list of best Marksmen in Mobile Legends ranked according to their capabilities.

Who is the best Marksman in Mobile Legends?

Granger is a great Marksman as he can become the backbone of the team due to his crit damage and burst power abilities.

His high burst damage and great team coordination abilities make him unstoppable in arenas. His high mobility makes him an exceptional Marksman as he can tackle heavy attacks from opponents with his swift movement and counterattack successfully.

The support unit consists of heroes with passive abilities that do not primarily engage in battle but support their allies by healing them and protecting them from serious damage.

These heroes have relatively low HP so make sure to keep them away from hot areas and protect them from enemy attacks. Here is the tier list of some good support characters in Mobile Legends.

Who is the best Support hero in Mobile Legends?

All heroes possess the same abilities to some extent. However, Estes is a more reliable support character in crucial situations.

Mobile Legends Tier List is a simple ranking mechanism that grants a hero some specific tier after observing his performance in the game. The upper tier a hero gets, the stronger he is.

Yes, the Mobile Legend Tier list is crafted after spending a considerable amount of time in the game and the results are included after spending much time and effort so that you can get the best knowledge about the powers and capabilities of the characters.

3. How Often does Mobile Legends Tier List gets Updated?

The Mobile Legend Tier list is updated as soon as a new character is introduced to the game. Once the performance of that character is recorded, it gets added to the tier list and gets a rank according to his powers.

This concludes our Mobile Legends tier list of best heroes in the game. Keep in mind that the tier list is subjective and personal preferences may vary from person to person. So, it is recommended to pick the heroes of the upper tiers and try them out and select the ones in your team that suits you the most according to your playing strategies so that you can beat those sturdy opponents and conquer the battlefield.

This concludes our Mobile Legends tier list of best heroes in the game. Keep in mind that the tier list is subjective and personal preferences may vary from person to person.

So, it is recommended to pick the heroes of the upper tiers and try them out and select the ones in your team that suits you the most according to your playing strategies so that you can beat those sturdy opponents and conquer the battlefield. 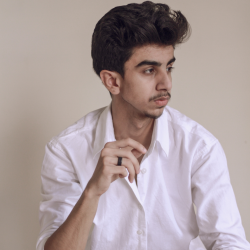